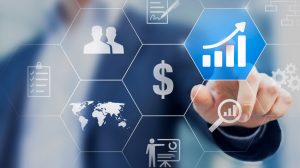 Third-party delivery and guest loyalty programs may be undergoing a major change, according to attendees of the TechTable conference.

Several of the mega-forces shaping the restaurant business are set for a near-term change in direction, predicted participants at an industry event recently, citing third-party delivery and guest loyalty programs as particularly likely to veer sharply.

Here’s what they foresee for those sales drivers.

At least that’s the basis of Bareburger’s strategy to grow off-premise profits. Like a host of other operators, the full-service burger chain is pursuing delivery sales through arrangements with Grubhub, Uber Eats and a host of other third parties, CMO Nabeel Alamgir said at this week’s TechTable conference. “By 2020, we plan to leave all of them,” he said during a panel presentation entitled “Deliver us from Delivery.”

He explained that Bareburger is already striving to convert customers ordering through third parties’ apps into users of the chain’s own channels. Patrons of an Uber Eats or Postmates might be offered a 10% discount on their next order if it’s placed through Bareburger’s website. The chain can afford a discount that deep because the financial impact is still less than the 20% or 30% discount an outside service typically charges.

The restaurant loyalty card is dead

Lettuce Entertain You Enterprises, Rich Melman’s model multiconcept operation in Chicago, had overcome a host of challenges to develop a single loyalty program for regulars at any of its 120 restaurants and 65 brands. Patrons were even willing to pay a $25 charge to enroll, which they could only recoup by dining in an LEYE restaurant at least three times.

But management detected a problem, and it was a biggie: “The average age [of members] was 47,” recalled Jennifer Bell, EVP of marketing and a partner in the firm. “It had been 47 for some time, and we had opened all these cool places for young people.” Its card-carrying loyalists weren’t the customers it was hoping to win and keep with each opening.

The company decided to jump to a new generation of loyalty program, a setup that would appeal to consumers accustomed to dealing with apps. It began the process of luring patrons to that new platform, an endeavor Bell described as dauntingly expensive. Servers were offered a $5 commission for every person they convinced to download an LEYE loyalty app. Bell also worked with Facebook to identify would-be members and solicit their enrollment.

It also discovered that patrons were more likely to redeem their discounts with an app. Some users of the LEYE loyalty card had run up credits of more than $1,000, but didn’t even realize it because the process for checking balances was complicated. With the app, the discount is instantly accessible and ready to be used.

The tough slog was worth it, Bell attested at TechTable. “Our app now has almost 300,000 people on it. We started with 7, 500,” she said. And the average age of loyalty program members has dropped to 38.

A number of speakers characterized third-party delivery services as partners that bring considerable smarts and infrastructure to the relationship, but always with an agenda of their own. Many portrayed the relationship as a marriage of convenience, and one that could be upended by a transformation of the partners into full-fledged direct competitors.

Will it happen? Might the services start preparing as well as selling food, or otherwise look to eat their partners’ lunch? “I don’t see why they would not ultimately be a competitor,” said Bareburger’s Alamgir. He referenced such clear indications of convergence as the $200 million investment in Grubhub by Yum Brands, the parent of Taco Bell, KFC and Pizza Hut.

In some respects, “I think they [already] are. And they’re a good one.”

Deliveroo and other services are already opening kitchens and pop-up restaurants in Europe, and Amazon has revealed plans to open 3,000 of its Amazon Go prepared-food outlets.